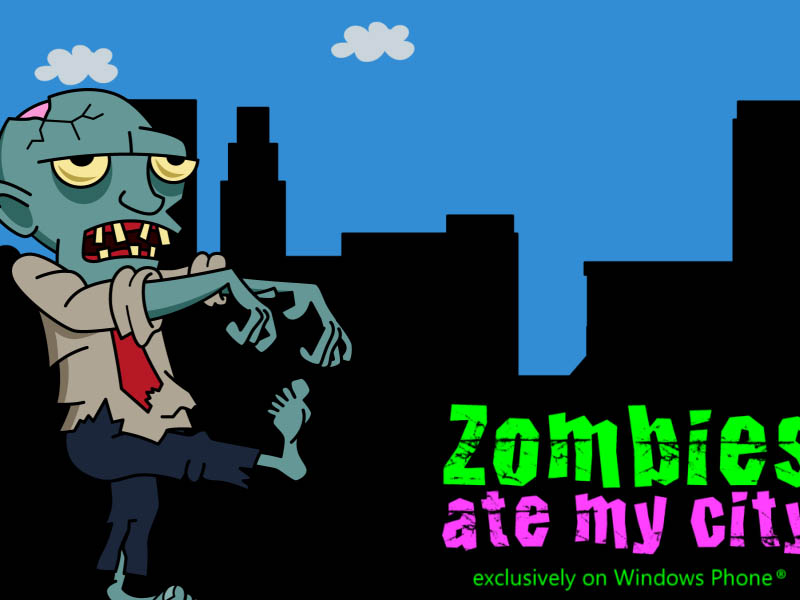 With a thrilling and entertaining story, users were set missions from a somewhat crazy professor from the future who needed help to prevent an impending zombie invasion from happening. The missions took players out and about in their surrounding town or city, using real physical locations, in their fight to defeat the zombie horde and collect pieces of a mysterious time machine.

There were also other elements to discover, such as weapons to help fight off the zombies, and journal entries detailing the backstory of the invasion. The game rewarded players with achievements and points as they progressed through the game.

Zombies Ate My City received a ton of media attention. We were featured on BBC click, and we were heavily promoted by both Microsoft and Nokia.

Sadly, the game is no longer available (an iOS and Android developer has unfortunately released an unrelated game with the same name), but we are looking forward to bringing a new location-based augmented reality game to market in 2019.