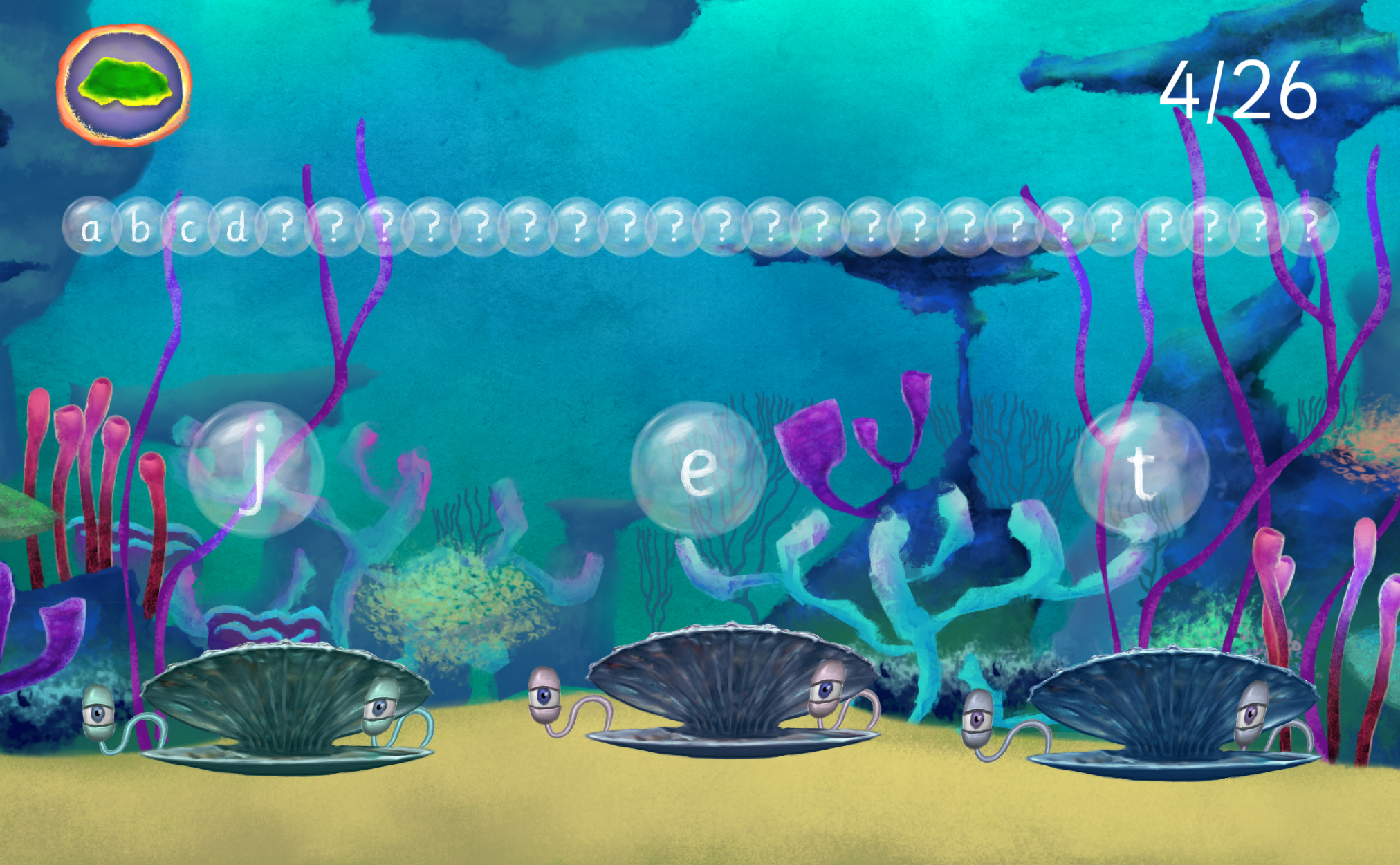 It’s been a really busy ten months or so for us. We’ve been expanding and running our Coding Workshops for Schools and working on some really cool commissioned projects which will see the light of day next month.

But we’re now back working on our own in-house projects for a little while. We’re working hard to get Langeroo Adventures ready for release late next month.

Langeroo Adventures, which is coming to Windows 10, iOS, and Android, is being coded in C#, using the Unity engine. A lot has changed in the 10 months or so that we’ve been working on other projects. I took some time a couple of weeks back to brush up what’s new with Unity by rolling out some updates to Pancake Panic. It was cool to use a smaller project to learn some of the new UI tricks, and to test out some of the new APIs in Unity.

And now we are full steam ahead. 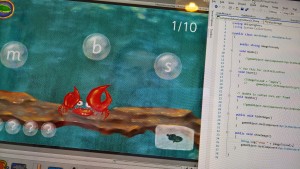 I’ve been focussing on recoding Oyster Ocean and Crab Waterfall over the last couple of week in order to take advantage of the Unity updates. Most of the changes are around the UI and scaling text which – up until now – has been a bit of a chore in Unity. Pancake Panic looked great on a small phone, but blown up to a large screen PC led to tiny text and touch targets. Now, it’s much easier to create a UI that scales between devices. So most of my effort over the past couple of weeks has been adapting Langeroo Adventures to utilise Unity’s new UI components, and also standardising some of the functions to make it easier to code up new games as we move closer to our release date.

I’ve also coded up a new Sound Manager which handles the music and sound effects dynamically. It is essentially a script that runs across all the games in Langeroo Adventures, making it easy for us to introduce new sounds, in addition to the wonderful music and feedback sound effects Andrea Possee has created for the game.

The new Sound Manager “fades down” the background music by half any time we want to play an additional sound (positive feedback, negative feedback, a bubble popping…) and then brings the volume back up afterwards. New sounds, or additional sounds, can now be added with just one line of code making sound management easier as we roll out additional games. 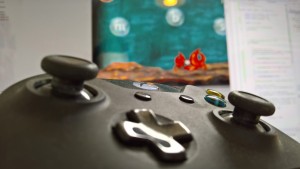 I’ve also been doing some additional coding to make sure every game in Langeroo Adventures can be played with touch, keyboard and mouse, and a games controller. So I’ve been mapping controls to take advantage of the Xbox One controller, which is even cooler now as Microsoft has announced its Xbox Wireless initiative, allowing PC makers to build in support for the Xbox One controller (and other accessories) directly into new PCs.

Keep up to date by following us on Facebook.