Developing a game in a week… Day Two 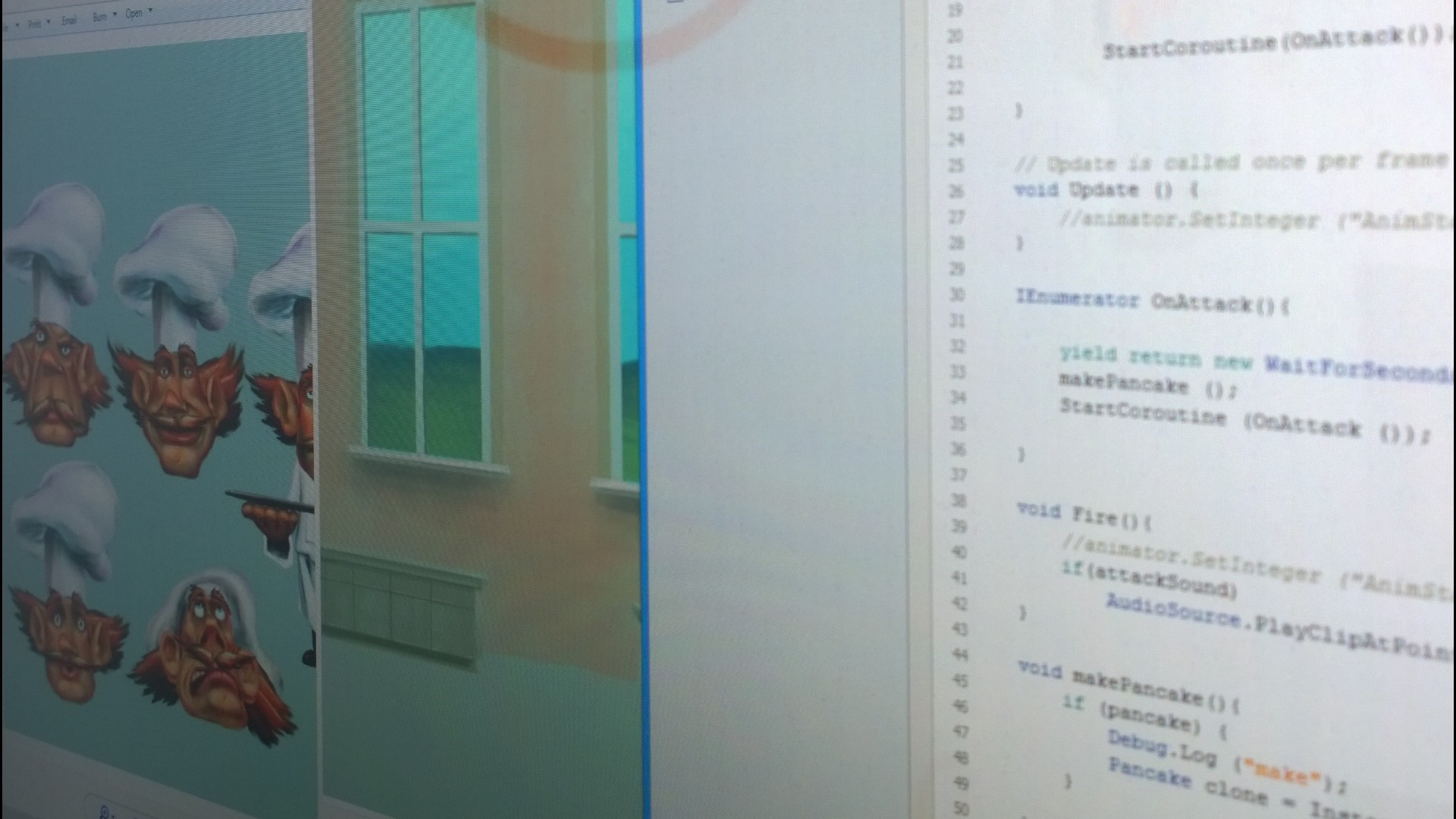 Today we made a ton of progress, both with artwork and with gameplay logic. 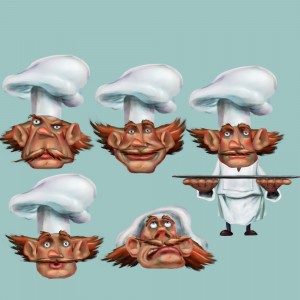 In the meantime, I’ve started coding up the game logic. Yesterday, I coded up the character’s movement and set up his tray (for catching the falling pancakes). Today I’ve been fine-tuning his motion, and tweaking the physics, and I’ve coded up the creation of the pancakes. I’m using placeholder graphics at the moment, but you can see how the pancakes fall, with a slight bounce, and how they realistically stack.

The idea here being that the player, once they have began stacking pancakes, needs to be very careful when making a sudden move to try and catch another. They also need to be careful to make sure they are stacking the pancakes in a way that makes sense to avoid a toppling stack.

The next step was to “kill” the pancakes if they hit the floor (we will have a splatted animation here to drop in later) and to have the pancakes appear slightly more randomly, both in their position, and their falling speed.

The next job will be to code the power-ups, which I will be doing on Monday.

Follow along on Facebook for even more news from the creation of Pancake Panic, and be sure to check back Monday for the next instalment.