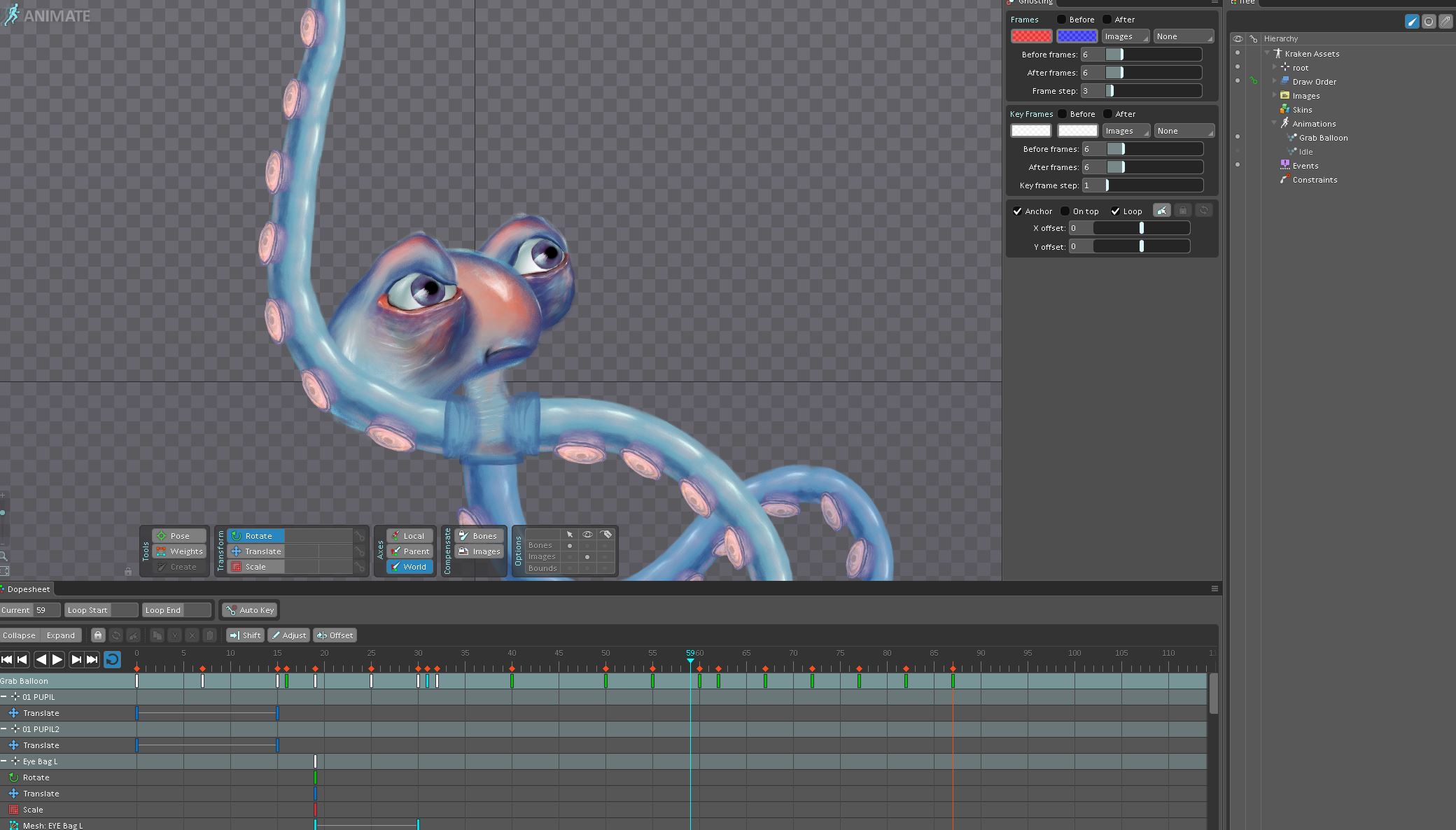 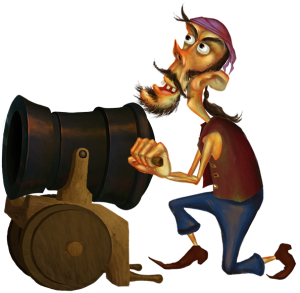 It’s been a busy few months here at Chaos Created, and the pirate level is really coming together. The first level was always going to take the longest as it involves coding up the cross-level assets (such as the main characters, the collectables, the physics, and game mechanics including cross-platform controls) in addition to the level specific stuff.

We’ve spent some time finding our feet a little bit, with regards to the style of the artwork and animations, and also the approach which allows our artist to create the animated assets which can be easily manipulated with code.

The first month or two was a little slow going as we developed our workflow, and developed our ideas – both on the coding-side, and the art-side. Alex had come up with an incredibly unique, but also ambitious, style of artwork – typically not found in a mobile game. The hand-painted style of his characters, and the interactions they have with both the player and the surroundings is quite magical – with plenty of nice touches to discover and little surprises which bring a real depth of personality to the enemies.

The depth of the characters and the world was something I was really keen to focus on. My favourite games are story-driven ones, where you care about the characters you come across, and the world in which they inhabit. I’ve a real fondness for the TellTale games (The Walking Dead, Wolf Among Us, etc.) as I play those relying on my emotions to get me through (often making tough decisions, and making the game harder for myself, because I’ve sided with a particular character that I care for). Although Bad Day for a Balloon Ride is much more of a casual title, it was important to me that the characters were likable and had some sort of personality, even if they’re only on screen for a few seconds.

Alex spent the first month of two working with Unity’s built-in animation tools, which were slightly cumbersome and didn’t allow him to be as creative as he is capable of being. The end results were amazing, but he was fighting the tooling somewhat which was frustrating for him.

After doing some research, we decided to invest in Spine, which allows Alex to work with tools designed for (and by!) animators. I’ll let him go into detail in his own blog post soon, but the workflow is much nicer, and Alex is able to achieve his results much faster as he rigs the characters, assigns bones and creates meshes. The harder jobs become easier, and require less time, leaving Alex with more time to have fun with the animations.

One of the first enemies to come together was the coconut-throwing monkey! You’ll see animations for him as he waits for the balloon to pass him by. He has different reactions based on how successful he is. Importantly, he displays personality. Watch his strop for when he misses the shot.

As we’ve moved forward, using Spine, it’s important that those “magical touches” are there throughout the game. Facial expressions, exaggerated movements, and realistic motion are all important to us, creating some enemies that are fun to outsmart, and have their own unique personalities. You can see this below with the shark and the kraken.

Now that we have a great workflow for animating our characters, we’ve began coding up these enemies, ready for the pirate level. The next job will be organising the assets to make a challenging, but fun level, with collectables to entice the player to explore the more dangerous areas. We should have the first level, ready for you to see, within the next two weeks.

Meanwhile, our artist is working on some cross-level assets, and our composer has begun on the score. It should all start coming together rapidly now.