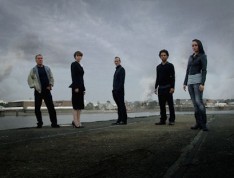 Ok, that’s a lot of 1s, but Timedancer Episode 1, version 1.1 is hitting Windows Phone 7 devices shortly with a number of improvements based largely on user feedback.

Saving and Loading
To start with, we’ve introduced a save and resume system.  Should your experience get interrupted by a text message, a phone call or you just fancy dipping out, you no longer have to worry about starting the episode again.  When you launch Timedancer, you’ll be offered the choice to “resume” from your last saved point which we’ll only clear if you decide to start from scratch or if you complete the episode.  We’ll keep this experience up to date as we move into the Mango era.

Less web dependent
Secondly, we’ve brought some of the web-loaded content (namely, the Deep Zoom experiences) into the app which will prevent any failings to do with not being able to load content (if, for example, you’re playing in Flight Mode or if you have a poor reception).

User Experience Improvements
We’ve added several user-experience tweaks based on feedback which cover elements to do with navigation and the puzzles themselves.

And we’re now free!
We’ve adopted Microsoft’s advertising platform in what we hope will be a non intrusive way.  We, of course, won’t be overlaying adverts over our video content, just merely on some of the information screens.  We want to bring Timedancer to as many people as possible and build an audience in anticipation for Episode 2, and we feel this will be a great step towards doing that.  We would, as always, be interested in hearing your feedback on the advertising within the app as we continue to look at the different models of funding production.

Check out the Media Pulp podcast. We were recently interviewed about our Timedancer series and talked about the changes in 1.1 and what we have in store for Episode 2, the release of which is imminent!

So be sure to grab Timedancer Episode 1 now!  It’s free!  We’re now located under the Entertainment category on the Windows Phone Marketplace, or you can click the link below.

Timedancer is a new interactive experience which marries the excitement of great episodic television with the thrill of “point and click” gaming. Creators Arivind Abraham and Ali Maggs, have worked with Microsoft to bring a whole new format to the world of mobile entertainment, exclusively on Windows Phone 7.

Set in the near future, Timedancer chronicles the lives of Vivien, Tempus, Ben, Kazuo and Adam, each of whom have their own agendas, but whose fates are intertwined across the fabric of time and space by the mysterious Timedancer Corporation.

Under the guise of developing time travel for philanthropic reasons, the corporation’s illusive CEO, Tempus, harbours sinister intentions of his own to eventually monetise and politicise time travel technology for his own profit and means.

Hoping to uncover the truth, Vivien, a timedancer, has gone rogue. With the help of a woman named Kazuo and the alpha timedancer, Adam, she aims to take both Tempus and the Timedancer Corporation down.

The game is designed as a “5-episode season”, which has a complete story arc which the user will piece together over the course of the series. Using a combination of live action video, animation and explorative elements, Timedancer brings a whole new level of gaming to the Windows Phone 7 platform, making the most of Windows Phone technologies.

And be sure to check out the trailer for Episode 2 which is even bigger and better!