Timedancer… “Shit, there’s an iceberg!” – Or how to change course at the last minute… 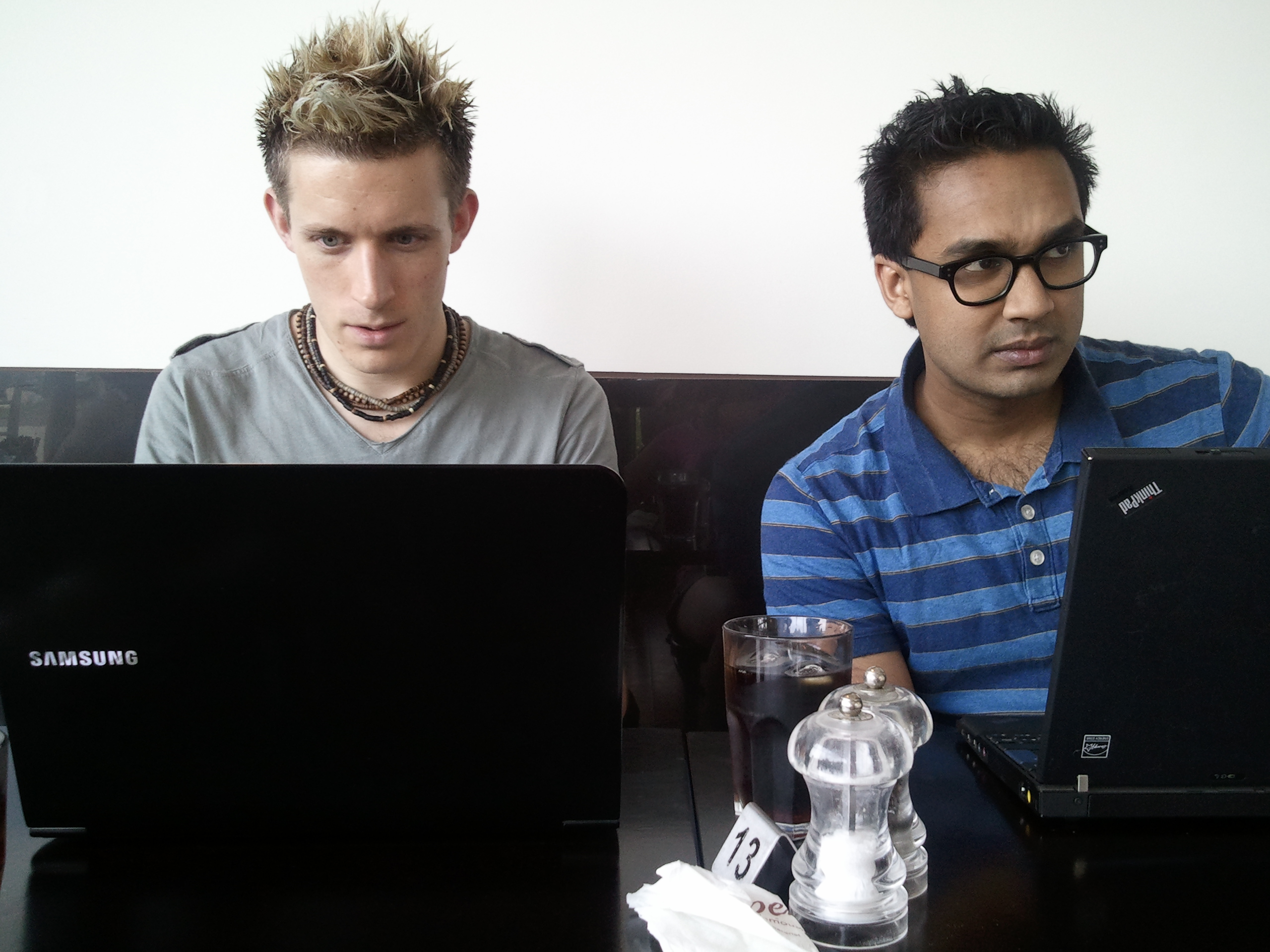 By Ali Maggs (Co-creator and Programmer) 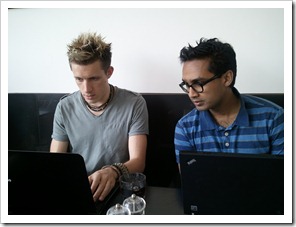 I’ve worked with Arivind Abraham on several projects now and each one ends the same way.  With a last minute change of direction.

Last weekend, we had a hothousing weekend where we basically crammed an insane amount of work and combined it with a three day sleepover.  We ate and breathed Timedancer for a few days, solid.

The thing with our working relationship is that we have the same sort of tastes.  This is true for our influences as it is for our work (we swap movies, games, books and music on a daily basis).  What this means is that we always have the same end-game in sight and it isn’t always describable in words but it’s a feeling we get when we watch or play our stuff that we want the end-user to feel too.

Last weekend was the end point for Timedancer Episode 2 and although we were pleased with the end result, it was clear to us that there was something wrong with the flow of events and the structure behind the episode.  Cue panic alarms.  And the coffee machine.

Actually, it’s not nearly as bad as it sounds.  All of the elements are 100% there (as in we couldn’t be happier), but the sequencing of the events and the impact of the decisions felt unevenly weighted.  We were super happy with the puzzles, the acting, the editing, the 3D environments…  But the actual flow felt sort of off, and so we launched into an all night brainstorming session, fell asleep, and then solved everything in a 20-minute conversation the next day.

(Incidentally, I often solve problems in my sleep.  Genuinely, if I’ve been working solidly on something and have become stuck, I’ll often dream about the problem and wake up with a solution…  I once spent seven hours bug fixing, gave up, slept, and fixed it in about twenty minutes…  I also once found my passport in the same way – hidden in my guitar case in my attic…  There’s science behind this)

One thing we’d realised was that we were giving the user choices that felt like choices.  One thing we’ve been clear about is that Timedancer isn’t a “choose your own adventure” book.  We’re telling a story.  One story.  From a writer.  And we’re giving the user the chance to explore it how they wish.  They pick the characters they follow, the locations they visit and control how much back-story they decide to uncover, but they’re not changing the events as such, at least not at this point in time, and there’s a mythology behind this that we’ll explore.  The best way to verbalise this, until somebody comes up with a word, is to look at a TV show with a mythology, such as Lost.  In Lost, the viewer jumped around the same space and time but from the point of views of different characters and learnt more (non-contradicting) back-story.  It’s a bit like that, but we’re opening it up to the user to decide how and when they do this.

Realising this was a huge relief for us.  We had, in the original schematic, four high-impact “endings” depending on the paths the user had chosen.  The problem being, clearly (in hindsight), that the user might never see the key ending that we wanted to show…  What if they never saw the key conclusion.  Future episodes would make no sense.  At all.

And so we set about rectifying this by going back to basics and allowing the user the same starting point, and the same ending point…  After all, it’s all about the journey.  What is nice about this, as a side effect, is that our one ending has varying degrees of impact, as it’ll come after another high-impact scene (depending on the path the user takes) and poses different questions to the user and we can address them all, without contradiction, in future episodes.

We also realised that there are a couple of key points of information that we should give the user, that they would expect to receive along the way, so we’re taking an extra couple of days to film and record some extra footage that the user can uncover which goes a long way to exploring deeper the relationships between our characters and how they got to where they are today.

It’s very exciting for us, and it’s been an organic process.  A lot of our “finishing touches” to any of our projects (it’s happened on a short film, two feature films and Timedancer Episode 1) have been around a “wouldn’t it be cool” moment…  The conclusion to Episode 1 was one of those moments (“wouldn’t it be cool if we could have a helicopter jump through time?”)…  It’s always scary when those moments hit just as we’re wrapping, but it always leads to a better result and we’re excited to bring you Episode 2 very, very soon, in just a couple of weeks time.