Timedancer Episode 2… One Week To Go! 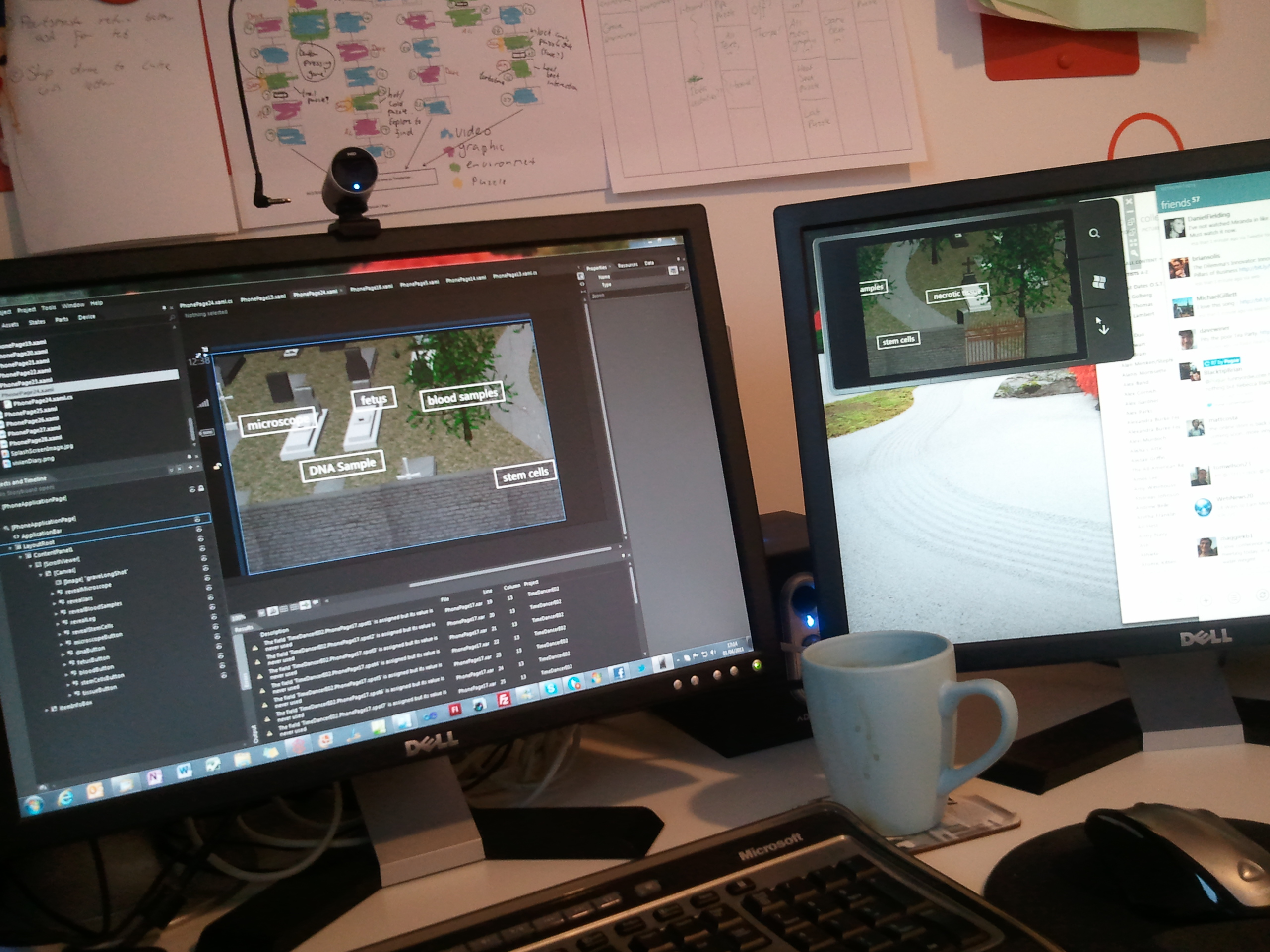 A week today, I’ll be in London setting up for Kapow Comic Con…  Scary stuff.

The problem with such a deadline is that different people are working on different elements right now, and everyone has this weekend set as the “last possible minute” to have content ready.  Obviously everybody wants to produce their best work and so people are working on their stuff until the last possible minute and rightly so.  The content coming back is fantastic.  The video elements look (and now sound) amazing and our 3D artists have done a wonderful job.

So my to-do list is set out for the week and we’ll be locking down all the elements ready for next weekend’s launch event in London.

Two of the environments were finalised today.  A third will be finalised tomorrow.  By Monday, we’ll have one of the puzzles finalised and all of the content text will be in place.  Wednesday, we lock down the videos into the app alongside the motion graphics.  Two (similar in assets) puzzles will also get finalised on that day.  Thursday, one day before we set up our booth, we lock the penultimate puzzle and add in the final instruction text.  Friday morning will be spent tweaking and locking down the final puzzle.  Then, I travel to London and set up our stand.  Phew.

The weekend will be spent networking and showing off the app to the public!

Oh, and Saturday night is our wrap party which will be a chance for the cast and crew to experience Timedancer Episode 2 for the first time.

So, it’s a crazy week ahead.  Beyond that, there’s a couple of technical bits to sort out with regards to how the app reacts under a lock screen, and how the app resumes but, apart from that, we’re good to roll and we should be putting Episode 2 in your hands via the official Windows Phone Marketplace by May 1st, with an updated Episode 1 launching the week before…  It’s a busy month and very exciting.

And I’m tired.  But excited.

Listening to: The House MD Soundtrack, Boys Like Girls, James Blake, Sum 41 and Panic! at the Disco

Tonight: Off out before my head explodes