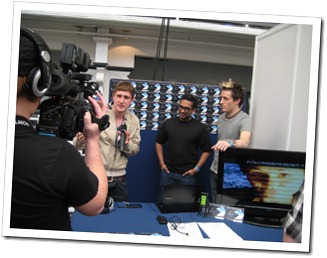 By Ali Maggs (Co-Creator and Programmer)

Last week was an absolutely insane week for Chaos Created as we completed the first build of Timedancer Episode 2 in time for Kapow! Comic Con…

There’s been a massive difference between the production/post-production process from Episode 1 to Episode 2.  With Episode 1 the post production involved mostly myself and Arivind, and it was a fairly leisurely process with work coming in our editor and special effects guy as we needed it.  Episode 2 was so much bigger with a larger crew and four 3D artists involved in post production, two editors, a composer, special effects…  All of which literally came together in the course of the last seven days.  Add to that sickness and a mad rush on another project, and it was all a bit hairy at the end of last week.  Post production and development time has literally been six weeks, to date, with another two to go.

Thankfully, it all came together – literally at the last minute.  We compiled the first build of Timedancer at 3am on Sunday morning, woke up at 6am and headed down to set up for Comic Con.

The weekend was fantastic.  Literally hundreds of people came by to check out Timedancer, explore the concept and play through Episode 1 and test out the beta for Episode 2.  It was great to get some real feedback, to see which areas need more explanation and to check out the frustration levels on our puzzles…

We also got interviewed for a gamer TV show, and we’ll be doing some podcast interviews over the next couple of weeks as we ramp up to launch.  We’ll point you in the direction of these shows as they appear online.

The weekend was a massive success for us and we’re energised ready to wrap up on Episode 2 and put it in your hands in the first week of May.

Check out the photos below and there’s a bunch more on our Facebook page, so go like us! 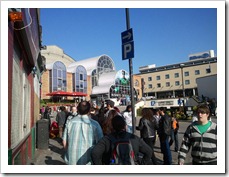 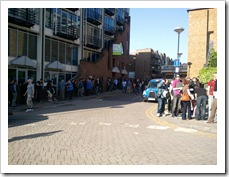 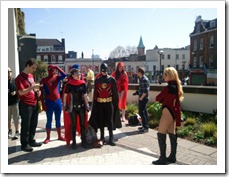 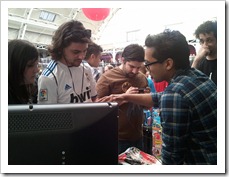 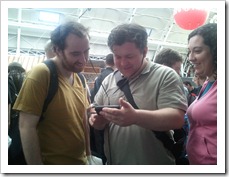 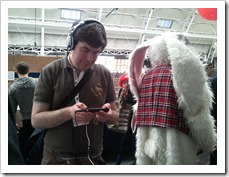