The Danger of Props… 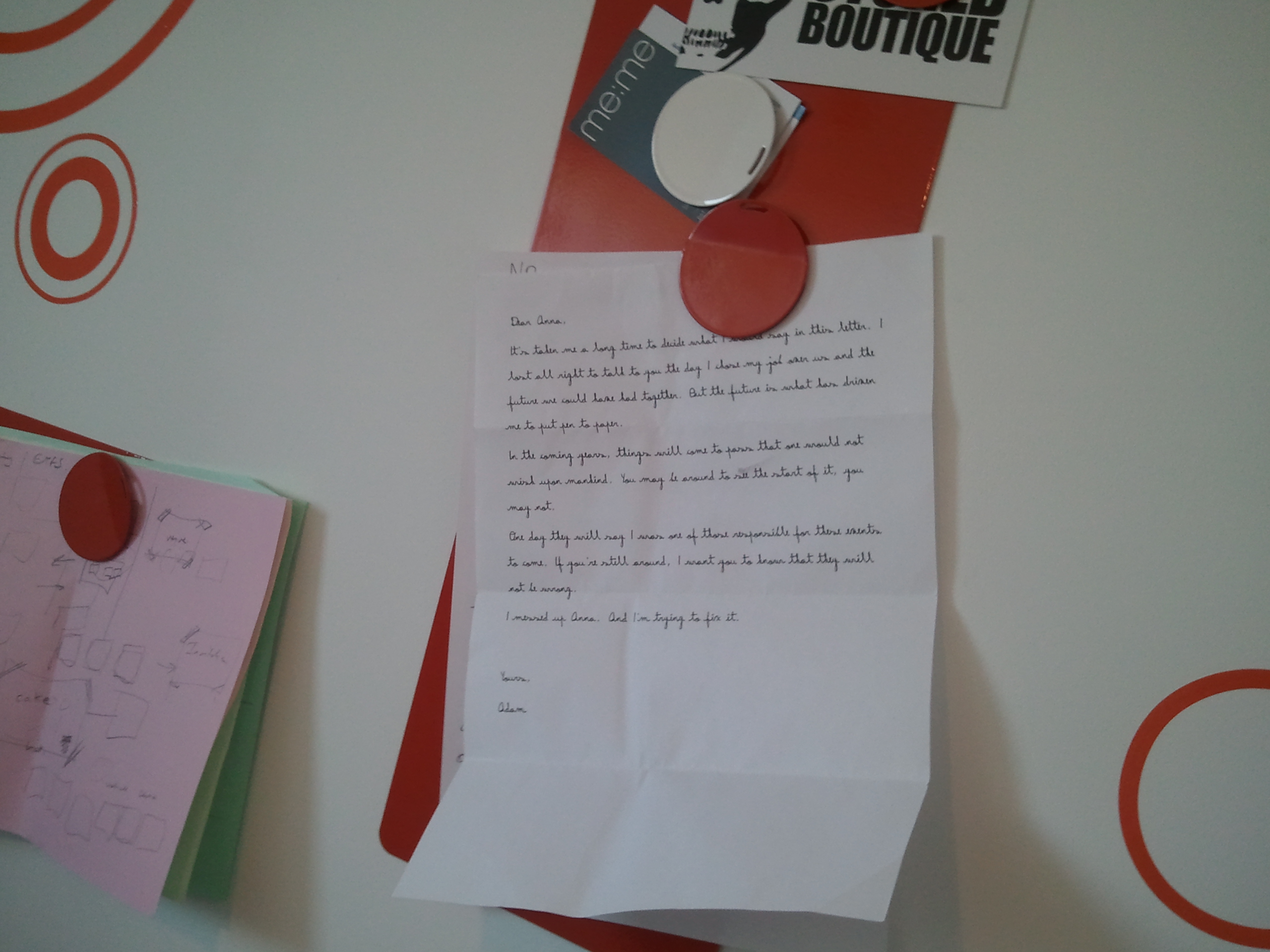 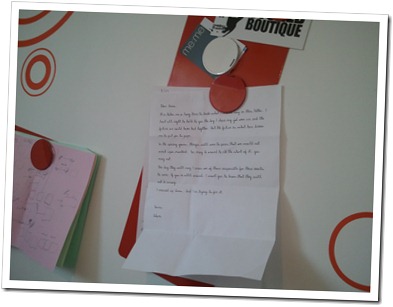 For the last couple of days, my housemate and one of my closest friends in the world, Elle, has been treating me a little funny…  She’s been asking how I’ve been a lot, keeps checking I’m ok…  My assurances that I’m fine haven’t believed and have been followed up by “are you sure?”…

Last night I found out why.

Mazin Power, director on Episode 2, had sent over the rough cuts for our upcoming Timedancer episode.

Elle came into my office last night and was watching the clips over my shoulder.  I was watching a scene in which the character of Anna reads a letter from her boyfriend, Adam (the “sick man” from Episode 1).  It’s a love letter.  An explanation of his mistakes and an apology for the way he treated her during a period of their life.  It’s sweet and sad at the same time.

Anyway, I’ve had this letter pinned to my notice board for about a week now as I need to scan it in as an element for the episode.  The other day, Elle came in when I wasn’t around and saw the letter and read it.

For the past few days she’s been convinced that I had received a love letter from an ex.  A letter of apology.  An explanation for the mistakes that were made and for the way I was treated.

Three things learnt…  First of all, Arivind is clearly a talented and convincing writer.  Secondly, Elle is incredibly nosy.  Thirdly, I’ve got great people watching my back.

Props can be dangerous.