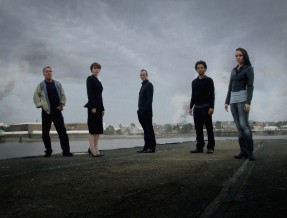 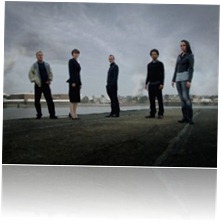 Our new app series has launched on Windows Phone 7.  Episode one is available today from the “Games” section of the Windows Phone Marketplace, the same day that Windows Phone 7 launches across the United States.

Timedancer is an interactive story told through live action video, exploration and puzzles, putting control of the story in the hands of users.

Timedancer is new interactive experience which marries the excitement of great episodic television with the thrill of “point and click” gaming and puzzle solving.  Chaos Created, led by creators Arivind Abraham and Ali Maggs, have worked with Microsoft to bring a whole new format to the world of mobile gaming, exclusively on Windows Phone 7.

Set in the near future, Timedancer chronicles the lives of Tempus, Vivien, Ben, Kazuo and Adam, each of whom have their own agendas, but whose fates are intertwined across the fabric of time and space by the mysterious Timedancer Corporation.

Vivien is a time traveller employed by the Timedancer Corporation, which is headed up by the illusive Tempus.  Under the guise of using time travel for philanthropic reasons, Tempus is acquiring information to eventually monetize and politicize time travel technology for his own profit and means.

With the help of a woman named Kazuo, and the alpha timedancer named Adam, Vivien has gone rogue, hoping to finally discover the truth about Tempus and the Timedancer Corporation, and eventually to take it down.

The game is designed as a “5-episode season”, which has a complete story arc which the user will piece together over the course of the series. Using a combination of live-action video, animation and explorative elements, Timedancer brings a whole new level of gaming to the Windows Phone 7 platform, making the most of Windows Phone technologies.

The official web site has been updated with a new trailer, and information about the cast and crew, be sure to check it out, then grab your Windows Phone and download Timedancer today!