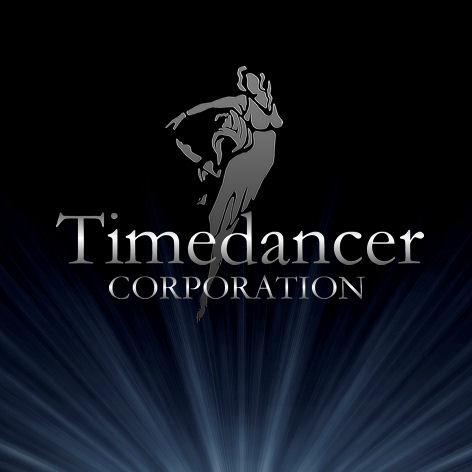 Timedancer is new interactive experience which marries the excitement of great episodic television with the thrill of “point and click” gaming and puzzle solving.  Chaos Created, led by creators Arivind Abraham and Ali Maggs, have worked with Microsoft to bring a whole new format to the world of mobile gaming, exclusively on Windows Phone 7.

Set in the near future, Timedancer chronicles the lives of Tempus, Vivien, Ben, Kazuo and Adam, each of whom have their own agendas, but whose fates are intertwined across the fabric of time and space by the mysterious Timedancer Corporation.

Vivien is a time traveller employed by the Timedancer Corporation, which is headed up by the illusive Tempus.  Under the guise of using time travel for philanthropic reasons, Tempus is acquiring information to eventually monetize and politicize time travel technology for his own profit and means.

With the help of a woman named Kazuo, and the alpha timedancer named Adam, Vivien has gone rogue, hoping to finally discover the truth about Tempus and the Timedancer Corporation, and eventually to take it down.

The game is designed as a “5-episode season”, which has a complete story arc which the user will piece together over the course of the series. Using a combination of live-action video, animation and explorative elements, Timedancer brings a whole new level of gaming to the Windows Phone 7 platform, making the most of Windows Phone technologies.

Chaos Created is a small media studio located in Portishead, near Bristol, UK.  Chaos Created works cross-media to deliver in-house, self-funded projects as well as client driven work.  In the last 12 months, Chaos Created has, amongst other things, edited on two feature films and worked on interactive educational software for UK schools.  Timedancer is Chaos Created’s first Windows Phone 7 app and it combines the talent of its in-house team of creatives.

Whilst they were in university, Arivind Abraham and Ali Maggs constantly talked about blurring the lines between gaming and film and how they would execute it.  At the time, the technology available to them rendered it near impossible to fulfill the vision they had in mind, although they made brave attempts through a live interactive experience back in 2005, called Gridsearch, combining web-technology, portable media devices and live actors to stage a cross-city crimesolving experience.  With the arrival of the smartphone, and now the Windows Phone 7 platform, Arivind and Ali are finally able to bring to life the vision they held for such a long time.

ARIVIND ABRAHAM started making short films at the age of 16 because he loved telling stories and was rubbish at drawing.  Born in Greenwich, London, he spent the formative years of 4 to 18 in Kuala Lumpur, Malaysia. He then returned to England, going to university in Bristol and now resides in London.

Arivind is a founding partner of both Perantauan Pictures in Malaysia and Befour Film in the UK, and currently develops projects for both these companies as well as other independent commissions.  5:13 is his second feature film, the first being Malaysian youth drama S’kali in 2006. In 2008 he shot 5:13, after which he launched straight into his third feature The Joshua Tapes, co-directing with Benji Lim.

ALI MAGGS began programming at the age of 16, developing add-ons for the Creatures series of PC games.  Since then he’s taught himself how to program in many languages across a variety of platforms.  He graduated from the University of West of England with a first, where he specialized in film editing alongside interactive experiences.

Since finishing university he has worked on several mobile apps, programmed educational software for interactive whiteboards in primary schools and coded and designed several web sites for a wide range of clients.  Ali has also edited on three feature films, two of which are due for release in late 2010.  Timedancer has been an opportunity to combine all of his skills in one cross-media application.  He lives in Portishead, just outside of Bristol in the UK.

Windows Phone 7 is the new mobile operating system from Microsoft.  With this new platform, Microsoft offers a fresh approach to phone software, distinguished by smart design and truly integrated experiences that bring to the surface the content people care about from the Web and applications. For the first time ever, Microsoft will bring together Xbox LIVE games and the Zune music and video experience on a mobile phone, exclusively on Windows Phone 7 Series. Partners have already started building phones; customers will be able to purchase the first phones in stores by holiday 2010.

The games hub on Windows Phone 7 delivers the first and only official Xbox LIVE experience on a phone, including Xbox LIVE games, Spotlight feed and the ability to see a gamer’s avatar, Achievements and gamer profile. With more than 23 million active members around the world, Xbox LIVE unlocks a world of friends, games and entertainment on Xbox 360, and now also on Windows Phone 7 Series.