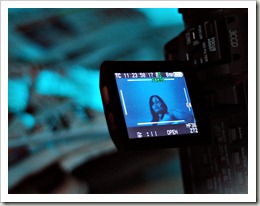 The first review is now in for 5:13, the horror film that we edited on earlier this year, which is due for release in early 2010.

Abraham’s sophomore feature is a curious blend of politically-minded domestic drama and paranoid invasion flick. It’s not an overtly obvious coupling, but at times it works surprisingly well.

The review has appeared on IndieFlicks and is largely positive.

Have a read here.