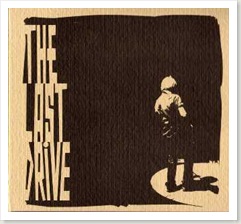 Last year, Chaos Created/Befour filmed and edited a music concert for DVD release for The Last Drive, a reformed rock/punk band who are massive in Greece and big in other European regions.  The DVD has now been officially released as part of a Live CD/DVD pack entitled Time Is Not Important.

The footage we edited from was recorded in Athens last year.

In early 2007, the band announced on their official website their reunion for some gigs. They performed live in Athens on May 11th, 12th and 13th -all three dates being sold out- in Thessaloniki on the 19th and in Larissa on June 2nd.

Their first record ("Midnite Hop") is re-released by Greek DIY label Blind Bastard Records. They also played at the "Open Air Festival" in Athens on July 6. Finally, they were the headliners on the first day of the "Indie Rocket Festival 2007" (along with the Devastations, Acid Cobra and the Cesarians) that took place in Pescara, Italy on June 22nd . In May 2008 the band did another Greek tour while a live CD-DVD covering their reunion shows in Athens was just released Blind Bastard Records. The band is currently active composing and performing new songs.